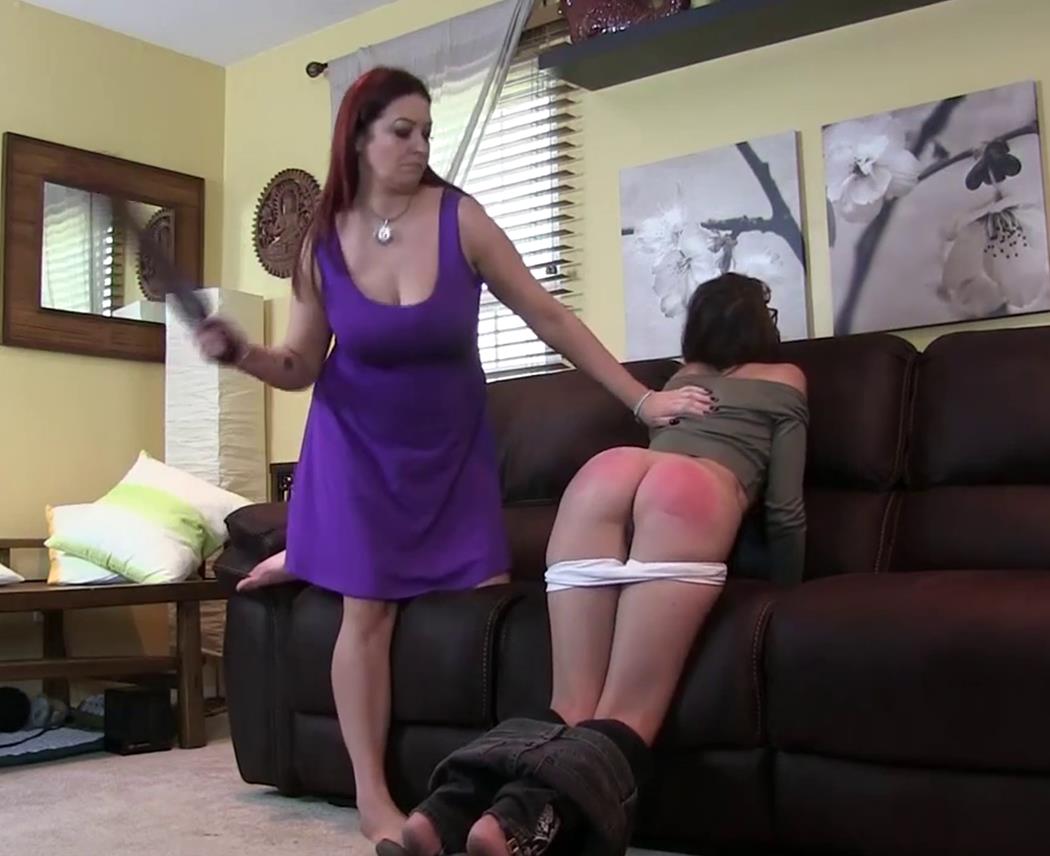 Chloe comes from a very conservative home in which the wearing of jeans is strictly forbidden. Feeling that she is old enough to make her own decisions Chloe was out all night a did not arrive home until after the sun was up. To her surprise she found her mother waiting up for her.

Her mother first chastised her for coming in at dawn and then her wearing of jeans. Chloe attempted to exert her independence as a young adult but her mother was having none of this. Chloe found herself over her mother’s lap with her , bottom barred .

Soon Chloe was promising to abide by the house rules but her mother didn’t stop spanking until she was sure the lesson had been learned. After the spanking Chloe was made to stand in the corner with her red, sore bottom on display. 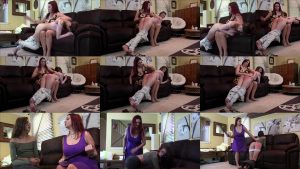